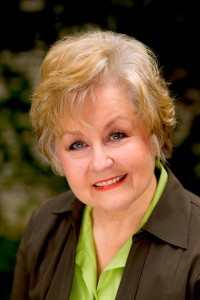 Photo by The Salted Image

Hi, Linda! How did you feel when you won Jerry Jenkins’s 2014 Operation First Novel contest?

Traumatic—in a good sense—would describe the experience of learning I had won. I wasn’t able to attend the conference where Jerry made the announcement, so I was at home watching TV with my husband. Weeks earlier when I learned I was one of 11 finalists, I remember thinking, Good thing there were 11 and not 10 or I wouldn’t’ve made the list. I was so convinced I wouldn’t win that—honestly—I had halfway forgotten it.

A writer friend who was monitoring it online texted me that I had won. My first response was “That can’t be true. There’s been a mistake.” She insisted it was true, so I checked Facebook, and there it was.

My reaction was so out of the ordinary that my husband was concerned something horrible had happened. When I told him I’d won OFN he kept saying, “What does that mean? Settle down. Tell me what that means.” By then I was hyperventilating and weeping and stayed that way for several hours. Around midnight he asked if I would be able to sleep. “Honestly, I don’t know” was all I could manage.

Later I sat on the back porch in my coat—it was very cold for San Antonio that night. The sky was clear, the moon and stars bright, a perfect setting to offer up my thanksgiving.

Can you tell us about your award-winner and the story behind it? 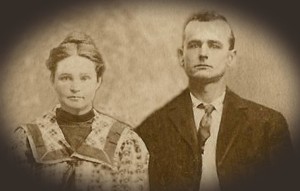 From early childhood I heard stories from my mother and grandmother about life in Indian Territory prior to Oklahoma statehood and in the state’s early years. Times were hard but folks survived through grit and strong faith. I couldn’t count the times I or another family member said, “Someone outta write a book about …” As it turned out I wrote a book about a fictional character whose story doesn’t mirror my ancestors’ lives but is chocked full of elements of their memories and my experiences. 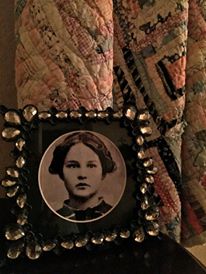 My grandmother was named Ella Jane, and so is my granddaughter, so it only made sense to name my heroine Ella Jane. My grandmother—Mama—was a far different sort of woman than Ella McFarland. My grandparents met and married in Indian Territory in 1904. Mama had a third-grade education and never drove a car or voted. She was quiet, shy, and soft-spoken, but she had a strong faith and a will of iron.

I often wondered what shape the kaleidoscope of her life might have taken had it turned a degree or two in either direction. Wondering led to Ella McFarland’s story. I wrote it to honor Mama’s generation and to leave a legacy for her great-great-granddaughter.

Your website describes you as a storyteller. Have you always wanted to be a writer?

I have always been a voracious reader but not a writer. I think shying away from writing was based in insecurity. I was an over-achiever and found putting my thoughts to paper difficult to do in early school years because there was so much room for “red marks”.

It was during my first year away from home as a college freshman that I experienced delight in writing through the letters I wrote home to Mother and Daddy and little brother Dale. I could feel their vicarious enjoyment, and I feel the same about readers when I write today.

I’ve read that most published novelists debuted with their second, third, or fourth book. Was that true for you as well or was The Calling of Ella McFarland your first novel? 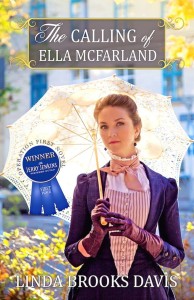 The ideas began percolating eight years ago, but this is a second version of the first novel I wrote in 2010 without having read a single book on novel writing or listened to a single presentation or tried my hand at it a single time. The one and only critique of that first novel was from a major publishing house’s editor at a writing conference: “It isn’t well crafted enough”. I knew his job wasn’t to educate me as to what well-crafted meant, so I decided I had to learn on my own. That’s when I started searching for people, organizations, and avenues through which I could learn “the craft.”

The Calling of Ella McFarland has “morphed” over time, the plot changing directions here and characters disappearing and others appearing there, since 2010. But I started fresh by typing “CHAPTER 1” in April of 2014 prior to the September 2014 deadline for Operation First Novel.

Jerry Jenkins has sold 70 million copies of his 186 books. After reading your debut novel, he said, “Linda handles every nuance with the aplomb of a veteran . . . It’s her first, but I’m confident it won’t be her last.” How does it feel to have your book endorsed by a New York Times bestselling author?

Surreal: This comes from believing such a blessing is handed to someone else—not myself—especially at my age. I’m in my 70th year of life.

Humbled: This comes from knowing whatever words I strung together to create the story came from the Master Writer.

Responsible: A word used by others to describe me all my life. In my senior yearbook the yearbook sponsor used the phrase “with a deep sense of responsibility” to describe me. Having been blessed by the Lord and Jerry Jenkins Operation First Novel in this way, I feel responsible for representing both of them well. 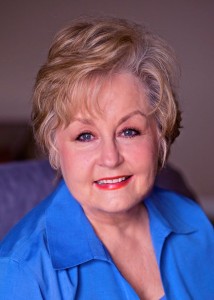 Photo by The Salted Image

Thank you so much for sharing your story with us today. Where can readers go to learn more about you and your romantic historical fiction?

I have revealed a lot about myself, my legacy, my characters, and Ella’s story at LindaBrooksDavis.com. I am currently working on a second in a series, this one centered on one of the characters in The Calling of Ella McFarland. Wonder who … 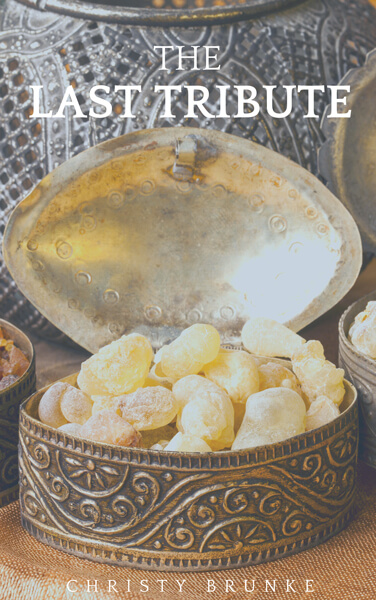