Did you miss part one? Read the beginning of the story of how Connie Mom became China’s English coach here. 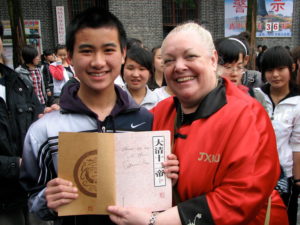 After speaking in Hunan province, Connie Mom signed this junior high school student’s book, “Wherever you are, be there.” 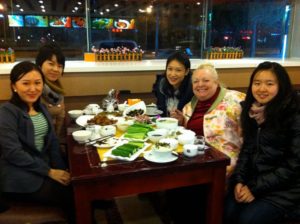 Connie’s motivation was to show people God’s love, not to gain recognition. But the recognition came anyway. Teachers from top universities who had met Connie at contests started attending her seminars.

Lina Shi said, “Connie has become a legend in the English public speaking cause in China. [Tweet that!] Her passion and dedication have enabled students to rise from obscurity to excellence.”

In 2004, at a State banquet at the Great Hall of the People in Beijing, Connie was given a solid gold medallion. She had won the National Friendship Award. The next day, Premier Wen Jiabao congratulated her at a special reception. That evening, she attended a State dinner with President Hu Jintao.

In 2011, China’s largest university press created an award just for Connie. In 2014, the China Society for Research on International Professional Personnel Exchange and Development named her the Favorite Foreign Teacher of Chinese Students. 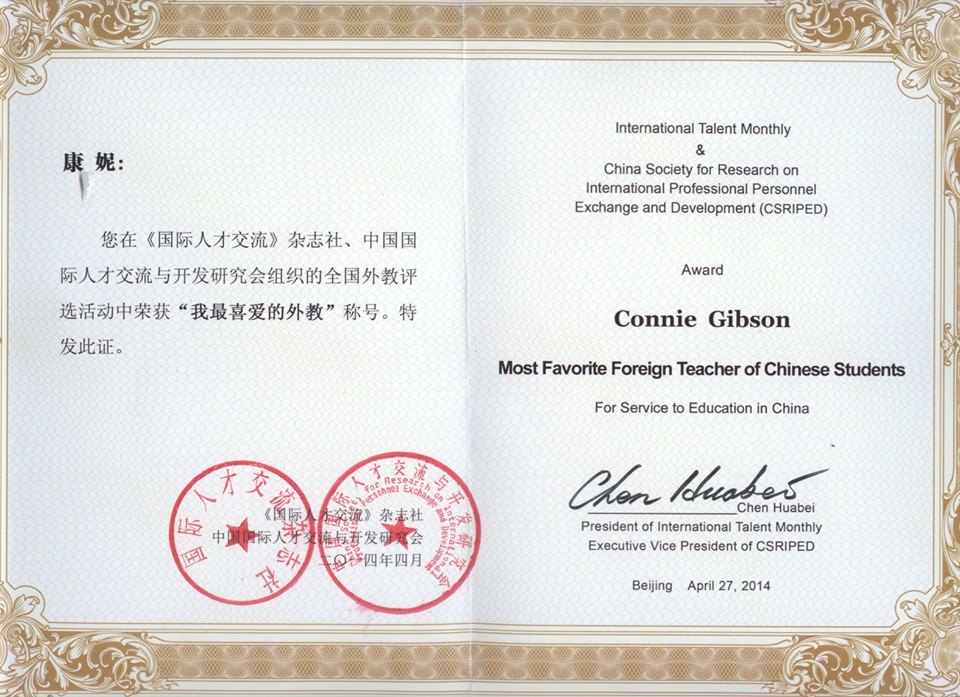 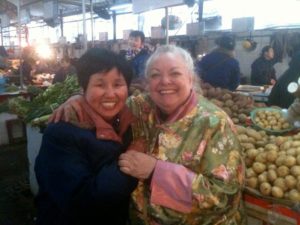 Connie with her friend, a vegetable seller.

“She would hug every one,” her student Penny said. “Flash her huge grin to every passerby, take photos with drivers, gatekeepers and remember to send them a photo afterwards.”

The Secret to Her Success

But what is the secret to her success?

Connie said, “Mostly I try to see the best they can be, believe in them and all their possibilities. [Tweet that!] Actually, it all boils down to love. I love them.” 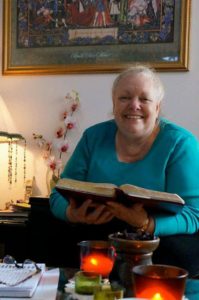 Jenny Owens, an American who also taught in Jiangxi Province, saw this love in action. “Many have stared with bug eyes and mouth open because they have never experienced such love,” she said. “And those who get a second and third taste usually come back for more. People are seeing Jesus. She has been his hands to so many.”

“There is no way I could ever come up with this kind of love myself,” Connie is quick to admit. “God has given me this love for them and for China. Left to my own ability, my passion and love would fall short, dwindle and die. Only God’s continual love and prompting could keep me coming back for 15 years.”

8 thoughts on “Loving People to Their Full Potential (Continued)”