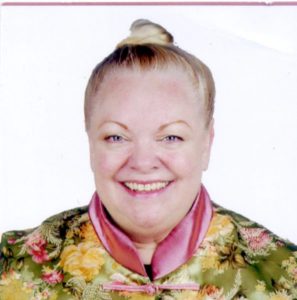 Like no one I’ve ever known, Connie Mom knew how to love people to their full potential. (Tweet that!) That devotion ultimately enabled her to influence an entire nation of English learners. But it all began with surrendering her life to the Lord and being sensitive to His leading.

In February 2000, Connie flew to Arizona to visit one of her heart-adopted sons. While reading Christianity Today, he noticed an advertisement that ended with “Leave a Legacy—China!” Connie had long forgotten her childhood dream to go to the Orient, but by the time she finished reading the ad, God had called her there.

She applied to the English Language Institute and, six months later, moved to Nanchang. Ovenlike in the summers, her new home city was dubbed one of the mainland’s Four Furnaces.

Connie accepted this with her usual good-humored wisecracks. Despite the weather, her heavenly Husband had led her to Nanchang, and Nanchang was where she would remain.

But the weather wasn’t the only surprise awaiting Connie.

Chinese nationals rarely hug, even close family members, but Connie saw everyone as a son or a daughter to embrace with God’s love. She soon became known as “Connie Mom” to her students, colleagues, and even the school administrators. 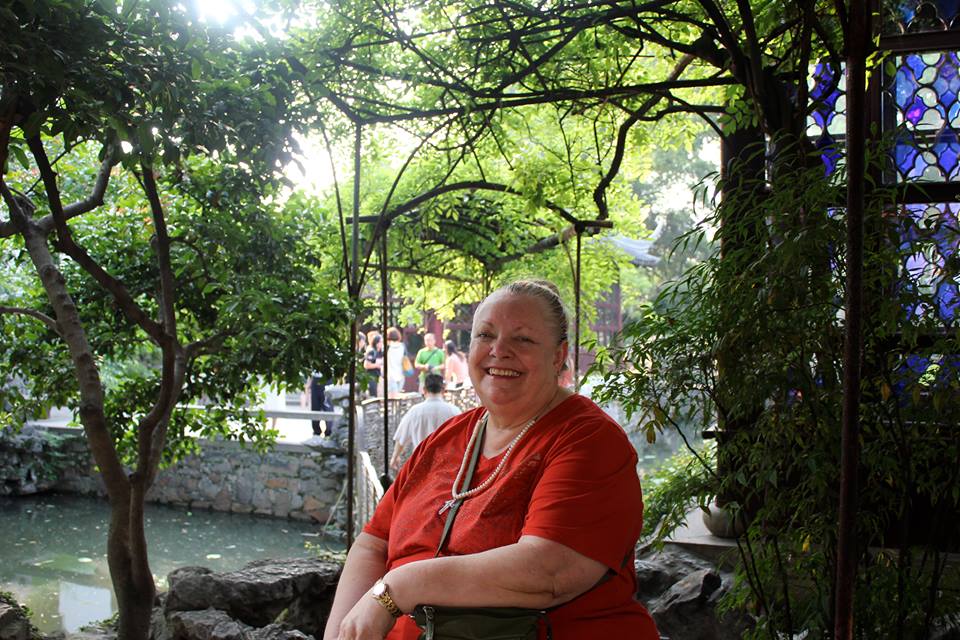 Connie’s motivation was to show people God’s love, not to gain recognition. But the recognition came anyway.

In 2004, at a State banquet at the Great Hall of the People in Beijing, Connie was given a solid gold medallion. She had won the National Friendship Award. The next year, Jiangxi Normal University awarded Connie an honorary doctorate. They also made her a full professor and gave her an assistant, her house for life, and a car with a driver. 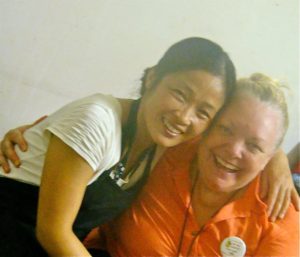 Connie Mom with the owner of the Famous Restaurant

But in December 2010, two years after her book was published, Connie discovered a lump in her breast. The next month, while in the U.S. for winter break, she was diagnosed with stage two cancer. By the summer of 2012, the cancer had progressed to stage four.

But Connie knew God wasn’t finished with her yet, and she still had more to do in the East. Despite being extremely ill, she labored on for the good of her students. Meanwhile, God did his part. When she returned to the States for a check-up in December 2012, she discovered she was in remission.

During Connie’s battle with cancer, she continued receiving accolades. In 2011, China’s largest university press created an award just for her. In 2014, a national organization named her the Favorite Foreign Teacher of Chinese Students.

Her son Aaron said, “Even with the cancer, my dear mother has more energy than most people I know. She is, and has always been, an unstoppable force in the field of encouragement for others.” 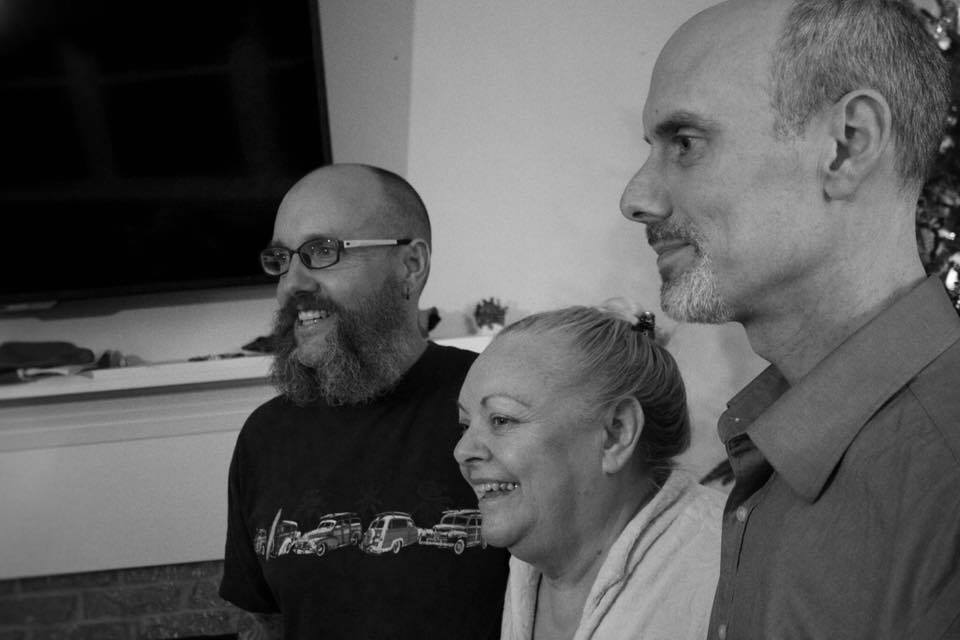 Connie with her sons Aaron and Michael

The summer of 2015, Connie finally moved back to the States. Though she hated leaving her adopted sons and daughters in Asia, she loved being with her American family, including her two sons and seven grandchildren.

Connie’s example continues to inspire me to love people to their full potential. That love has also inspired TV, radio, and magazine interviews as well as a short story by Moira Laidlaw. 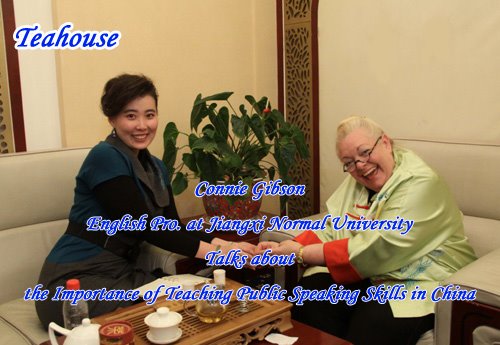 Connie Mom with a radio host

To learn more about Connie’s life in China, read Loving People to Their Full Potential.

5 thoughts on “Connie Mom’s Eulogy: Portrait of a Giver”