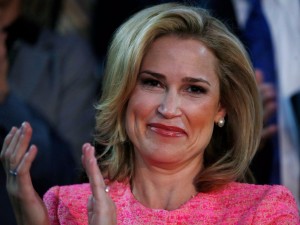 As we celebrate the life of Nancy Reagan in the wake of her March 6th passing, I thought it would be fun to explore the life of another potential First Lady.

Heidi Cruz has been fascinated by politics since she read a Time magazine article about the race between Ronald Reagan and Walter Mondale when she was only 12. But who is this now 43-year-old woman whose husband is seeking to serve in the Oval Office?

CNN said, “Nearly every candidate heralds their spouse as an asset, but few significant others in this election season — with the exception of Hillary Clinton’s — have the same level of political experience as Heidi Cruz.”

Heidi has worked in the Treasury Department, in the U.S. trade representative’s office, and on the National Security Council, as the director for the Western Hemisphere. While serving as an economic policy aide for George W. Bush’s 2000 presidential campaign, she met Ted, who was also an aide, but for domestic policy.

He asked Heidi out two days later, and five months after that, they said, “I do.” Several years after they got married, she stepped out of politics to pursue a career in the business world. She’s currently taking leave from her job as the managing director of an investment banking firm to assist Ted with his campaign.

“The sense of genuine concern was elegant,” said Eddie Nabors, an alderman from Misssissippi, who met Heidi at a rally. He praised the way she “meets, greets and identifies” people. “I have one afterthought,” he said. “Get her on the podium.”

Heidi earned a degree in economics and international relations from Claremont McKenna College in California where she was known as being “whip-smart” and then went on to complete her MBA at Harvard. 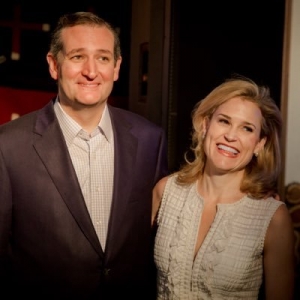 Cruz describes Heidi as “beautiful, brilliant and my very best friend in the whole wide world.”

“Heidi could get along with almost anyone,” said Lawrence B. Lindsey, the chief economic adviser for the 2000 Bush campaign.

“Mrs. Cruz comes across as confident but gracious,” said The New York Times. “She disarms by asking personal questions, and answers those put to her directly and candidly.”

When she was only six, Heidi was making $150 a week baking and selling bread with her brother. She later used that money toward college and a car. “I think it definitely taught us the value of hard work,” she said. “We were used to being highly productive at all times.” 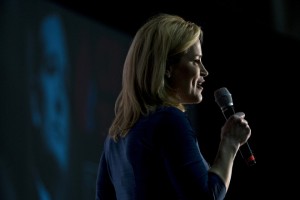 Today, Heidi applies her energy to Ted’s campaign where their friends and advisers describe her as “a competitive fundraising dynamo.”

“There are very few spouses who can get on the phone on a cold call to a prospective donor and make a more compelling case in a personal and effective way than Heidi Cruz,” said Chad Sweet, the Cruz’s campaign chairman.

Ted said, “She is disciplined and she engenders trust, which is a powerful thing in life.”

You might say serving is in Heidi Cruz’s DNA. (Tweet that!) The daughter and granddaughter of medical missionaries, Heidi was raised around the world as her family helped the less fortunate in developing countries like Kenya, Nigeria, and the former Belgian Congo.

“I think those early travels made me expansive in terms of the things I wanted to do,” Heidi said.

Her brother became a pediatric orthopedic surgeon and cared for the wounded poor in Haiti for a year following the 2010 earthquake, but Heidi felt called to a different cause.

Her friend Julie Sweet said, “The way she always phrased it was people are called in different ways to serve.”

During Reagan’s administration, her parents took her and her brother to D.C. “I . . . got inspired by the history of our country and leadership and saw a direct tie to the service orientation of my family to public policy.” 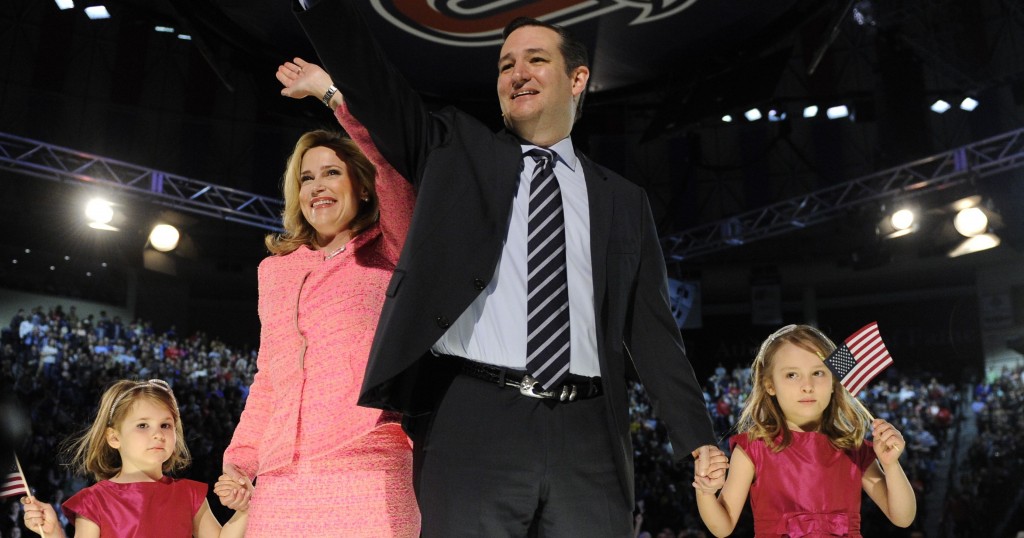 When Ted was behind in the polls for the Senate primary, he said, “Sweetheart, I’d like us to liquidate our entire net worth, liquid net worth, and put it into the campaign.”

“What astonished me, then and now, was Heidi within 60 seconds said, ‘Absolutely,’ with no hesitation.” They invested over a million dollars, “which is all we had saved,” Cruz added.

Want to learn more about Heidi’s husband and the policies he supports? Check out “Ten Reasons to Vote for Ted.”