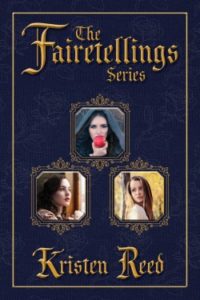 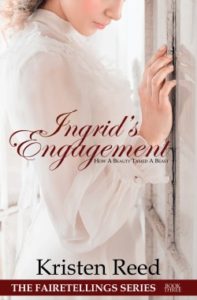 When King Viggo marches through the kingdom of Schlagefilde in a relentless quest for retribution against its wicked king, the Count of Anselm attempts to make peace with him. As the two strike a deal that will protect the people of Anselm, the King of Villriket becomes enthralled with a portrait of the Count’s oldest daughter, Ingrid. The vengeful king vows that he will leave Edmund’s county in peace if he will allow him to marry Ingrid. To prevent her father from incurring the sovereign’s wrath, the young lady hastily agrees and enters into an unforeseen engagement with the grim ruler. Ingrid’s Engagement tells the enchanting tale of a beautiful young woman who softens the hardened heart of a beastly king with nothing more than her quiet wisdom and gentle spirit. (Speculative Romance/Fantasy) 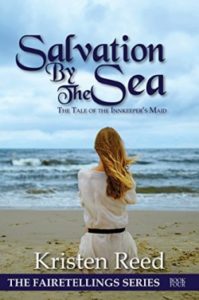 Salvation by the Sea

Life has been anything but easy for Muirigan thanks to a series of life-altering calamities, but she’s found peace with her new, understated life by the sea. However, the maid’s past comes back to haunt her when she saves the shipwrecked Prince Halvard one morning. Failing to recognize one of his dearest childhood friends, the prince invites Muirigan to live at court as a reward for her valiant heroism. As the two reconnect, something deeper than friendship blossoms, but will their newfound affection survive when Muirigan’s lies are revealed and Halvard learns the truth about what has befallen since their tragic separation? (Historical Romance)