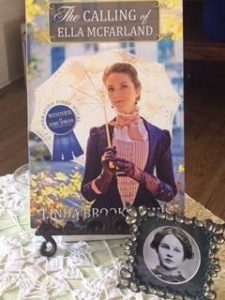 Linda’s book with a picture of her grandmother

Two weeks ago, Linda Brooks Davis won a Carol Award for her debut novel, The Calling of Ella McFarland. In her acceptance speech, she said two Ella Janes inspired her story. The first was her grandmother.

“All my life I have remembered stories my grandmother told me,” Linda said. “Her name was Ella Jane and she lived in Indian territory . . . And I was mesmerized by her stories about her life there.”

The second was Linda’s granddaughter.

After years of barrenness and discouraging medical reports, Linda’s daughter finally got pregnant. Not long afterward, Lynn Lee called her mom to share some surprising news.

“Mother, I’m going to have triplets!'”

Linda was ecstatic. “I was going so crazy—jumping up and screaming and crying—that people [from downstairs] came to find out what all the ruckus was about. I was so excited—my first grandchild would arrive in triplicate form.”

But their joy soon turned to apprehension as Lynn Lee’s body started to rebel.

“You should reduce,” her physician said. “You won’t carry three babies to term. [Tweet that!] Reducing by one will give the other two a chance.”

As Lynn Lee considered her options, fearful what-ifs bombarded her.

“What if none live because I refused to sacrifice one?”

“What if I deliver three blind or brain-damaged babies?”

“Is it right to put them all at such risk?” 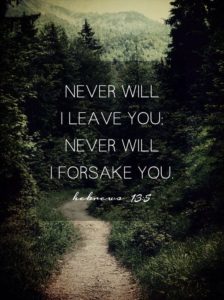 If they were to abort one, Baby A was the best choice. But Lynn Lee remembered the Lord’s promise in Hebrews 13:5—”I will never leave you nor forsake you”—and she chose to keep all three.

But God never promised the journey would be easy. When Lynn Lee was 14 weeks along, she had to have surgery. At 18 weeks, she was confined to bed. At 22 weeks, she got pneumonia. She also had gestational diabetes, high blood pressure, and cholestasis of pregnancy. 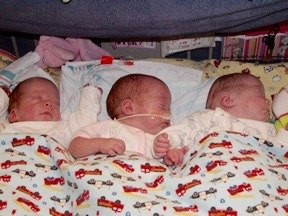 The newborn triplets in the NICU

Even so, at 28 weeks, three small, but healthy babies were born. Lynn Lee named the boys Davis and Ethan. “Baby A” she named Ella Jane.

“The neonatal nurse said their hearts were strong,” Linda said. “I knew they would be. Their mom had chosen wisely.” 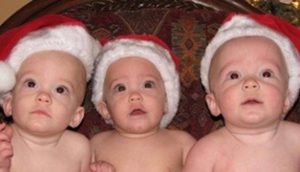 The triplets celebrating their first Christmas (Ella Jane in the middle)

Overwhelmed with thankfulness, Linda made a commitment. “Lord, I’m going to spend the rest of my life—as many years as you give me—leaving a legacy of faith in writing for those children.”

“And then it dawned on me. Ella Jane was my grandmother. Ella Jane is my granddaughter. Got it!” Linda said. “I’m going to write a story about an Ella Jane . . . in Indian territory. And it’s going to . . . bring glory to the Lord Jesus Christ, the grandest privilege in the world.” 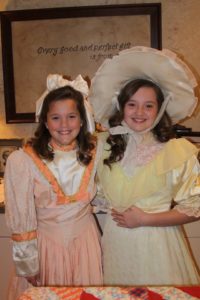 Today, Ella Jane is eleven years old. Like her namesake, “helpful” is the word that best describes her. Earlier this year, she attended her grandmother’s first book launch for the novel she helped inspire.

Want to learn more about The Calling of Ella McFarland? Read my review here.