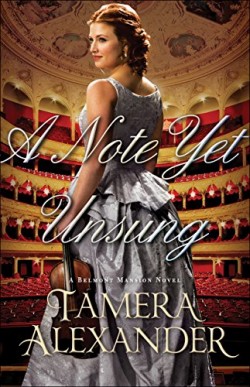 A Note Yet Unsung by Tamera Alexander

A master violinist trained in Vienna, Rebekah Carrington manages to get an audition at the newly-formed Nashville Philharmonic. But the conductor—determined to leave his mark on the world of classical music—bows to public opinion. Women are “far too fragile and frail” for the rigors of an orchestra, he says, and Rebekah’s hopes are swiftly dashed. Nathaniel Tate Whitcomb is Nashville’s new orchestra leader. And despite a reluctant muse—and a strange buzzing and recurring pain in his head—he must finish composing his symphony before the new opera hall opens. But far more pressing, he must finish it for his dying father, who inspired his love of music. Then Tate’s ailment worsens. Rebekah can help him finish his symphony. But how do you win back a woman’s trust when you’ve robbed her of her dream? 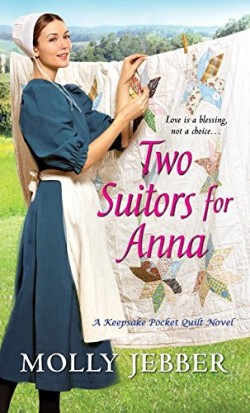 In 1903 Ohio, a young Amish woman must choose between the life she has long planned for with her beloved Noah Schwartz, and a new, very different future… But Noah has a surprise for Anna: once they’re married, he wants them to travel and live in other communities. Anna, who loves her home and her job at the quilt shop, is distraught when he takes her hesitation as rejection—and leaves. Daniel Bontrager’s arrival adds to Anna’s confusion. Since taking over his late brother’s farm, the handsome roofer has offered friendship and gentle attentions. Yet the pull of first love is strong and deep, especially when Noah returns. Through each revelation, Anna must search her faith for guidance, knowing she is choosing not just a husband, but a life to nurture and to share. 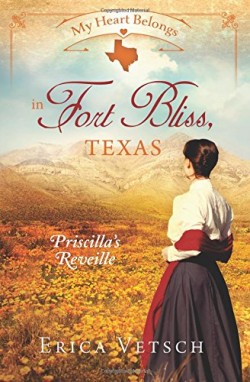 My Heart Belongs in Fort Bliss, Texas by Erica Vetsch

Journey to Fort Bliss, Texas, where a battle of emotions versus ideals is about to be waged. When a high-steppin’ eastern fashion artist, Priscilla Hutchens, swoops down on the fort to gain custody of her twin niece and nephew she is met with resistance by their uncle, post surgeon Major Elliot Ryder, who thinks he knows what is best for them. Who will win the battle? Or will a truce be called for the sake of love and family? 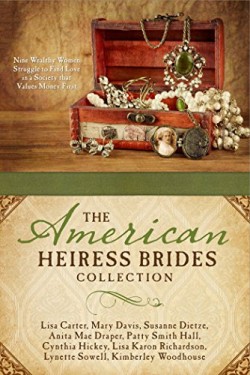 Meet nine young women in America between 1880 and 1911 who have been blessed by fortunes made in gold, silver, industry, ranching, and banking. But when it comes to love, each woman struggles to find true love within a society where “first comes money, second comes marriage.” What kind of man can they trust with their greatest treasure—their hearts?

Want to read one of my favorite historical fiction series? Check out Sandra Byrd’s Ladies in Waiting series, starting with my review of the first novel, To Die For.