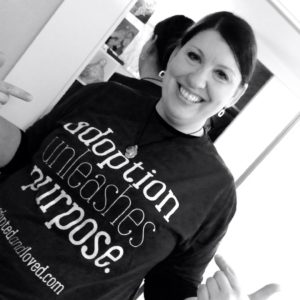 When 19-year-old Catherine Adair discovered she was pregnant, she was excited about her baby. Her family, on the other hand, was not.

“Before I knew it,” Catherine said, “I was at this abortion clinic, I was lying on a table, and my baby was gone.”

She walked into the waiting room and burst into tears. “My mom looked at me like, ‘What are you crying about? It’s over.’“

To try to cope with what she was feeling, Catherine threw herself into becoming “the world best feminist.” She changed her major to women’s studies and marched on Washington for choice many times. Finally, she accepted a job at the largest abortion clinic in Massachusetts.

“After a while, I was trained to be a counselor,” Catherine said. “My training consisted of putting on a white lab coat with a stethoscope. You know, so I looked like I knew what I was doing.” Though she had no medical training, she took the women’s pulse and blood pressure and went through their medical forms. 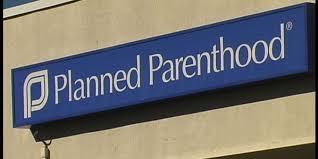 Their “options counseling” consisted of one question. “You know you could continue the pregnancy or have an adoption plan, right?”

The counselors never asked how things were at home, why they were having the abortion, or if the older men who sometimes brought them were abusing them. “We never asked anything,” Catherine said.

“I remember as I was being trained for this, it wasn’t what I thought it was going to be. I really thought I was going to be counseling her . . . but what I was really doing was selling her an abortion.”

Later, Catherine started assisting with first-trimester abortions. “I would get the women prepped and ready before the abortion and then assist with the abortion . . . and afterward, I would clean up the room.”

People often say abortion should be between a woman and her doctor. “In a Planned Parenthood . . . clinic, she doesn’t see the doctor until she’s lying on a table with her feet up in stirrups,” Catherine said. “If she’s lucky, the doctor might make eye contact with her, but mostly he just talked to the nurse.”

After the abortion, “We had to identify all the parts . . . and you can see little arms and little legs. And it sounds monstrous, and it sounds awful, but somehow I was able to turn off that part of my psyche that would be horrified by this. I was being told I was doing something good, that I was helping these women.” 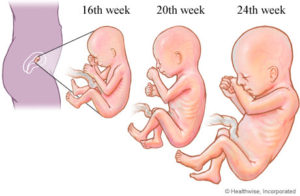 One day, Catherine had to clean up the second-trimester abortion room. “As I entered the room, I glanced around trying to get my bearings. I looked at the table next to me and I saw a glass jar. In a sickening moment I realized that inside the jar were the arms and legs of a baby (tweet that!).”

Catherine just stared at them “for what seemed like an eternity . . .  marveling in their beautiful perfection and repelled by the gruesome reality that they had been torn from the body of an unborn baby just moments before. I backed out of the room, shocked and dazed by what I had seen.”

“I don’t know why this shocked me,” Catherine said. “I had seen the parts of babies hundreds of times after first-trimester abortions and it hadn’t affected me in this way. Maybe it was the large size. Maybe it was God removing the scales from my eyes.” 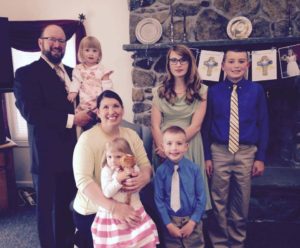 Months later, Catherine left the clinic. She earned her masters degree, got married, and had four children. Then she adopted a beautiful girl whose mother was planning to have an abortion.

Today, Catherine promotes life and shares her story through writing and speaking. Follow her on Twitter @prolifeadair, book her to speak at AmbassadorSpeakers.com, or read her blogs at HarvestIsAbundant.com.