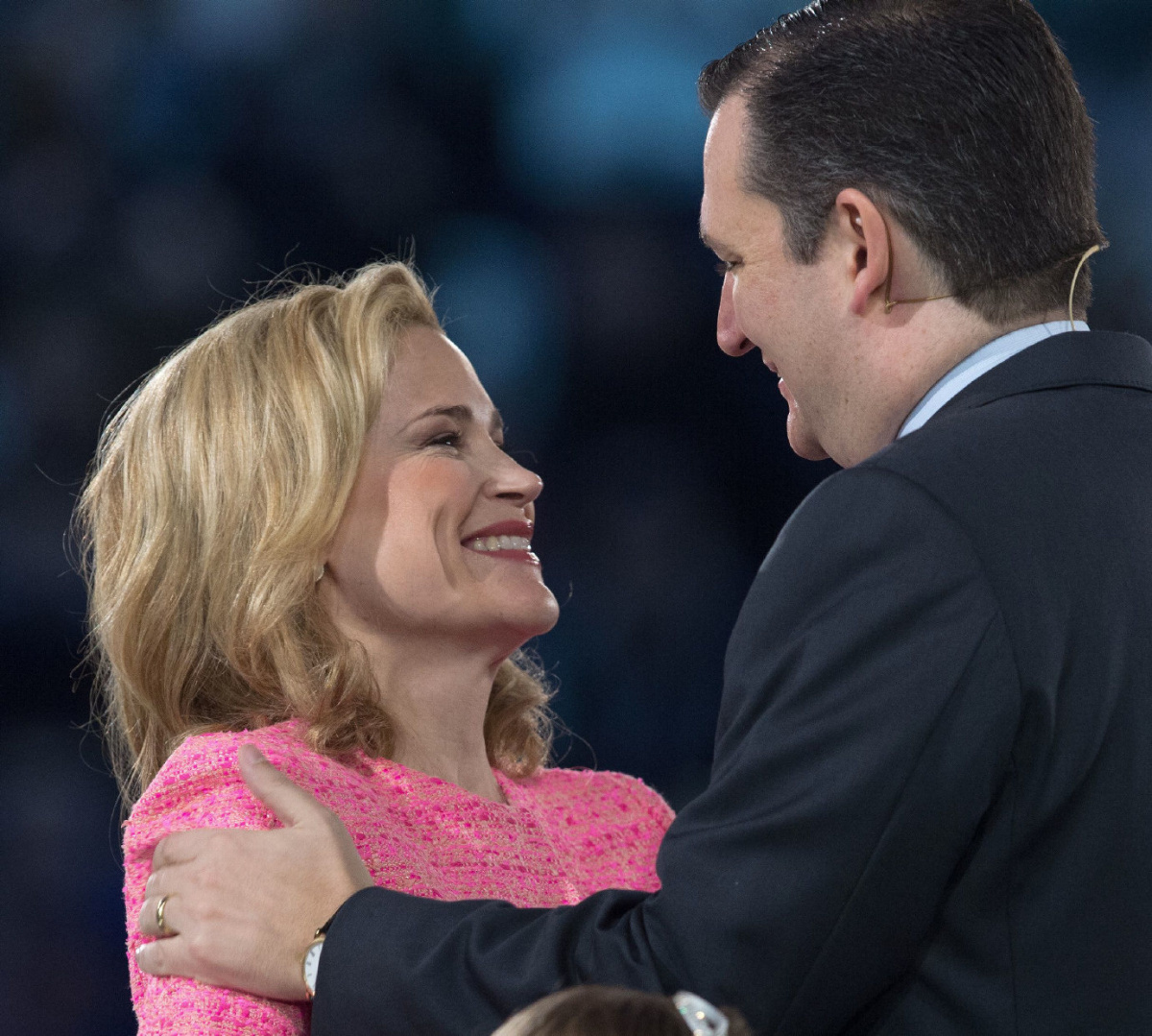 (FILES) This file photo taken on March 23, 2015 shows US Senator Ted Cruz(R-TX)as he embraces his wife Heidi after announcing his candidacy for the Republican nomination to run for US president at Liberty University, in Lynchburg, Virginia.

Donald Trump and his main challenger for the Republican presidential nomination, Ted Cruz, have escalated their bitter feud, taking to social media to clash over two unlikely figures: their wives. Cruz told reporters in Wisconsin, pointing his fingers angrily at TV cameras: “It’s not easy to tick me off. I don’t get angry often. But you mess with my wife, you mess with my kids, that’ll do it every time. Donald you are a sniveling coward and leave Heidi the hell alone.” / AFP PHOTO / PAUL J. RICHARDSPAUL J. RICHARDS/AFP/Getty Images