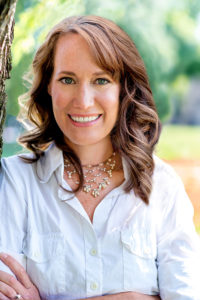 People often ask me when I decided to become a writer and how I came up with the idea for Snow Out of Season.

I was born in Baltimore, MD, and my parents named me Christy after the bestselling novel of the same name. You might say Catherine Marshall and her famous heroine were my first muses. But as long as I can remember, I’ve always loved reading.

As a little girl, I was always dreaming up stories. I remember going into a patch of woods near our house and pretending I was the queen of a small kingdom.

In sixth grade, I won a Butterball turkey in a short story contest. That award, along with my mother’s encouragement, kindled in me a desire to one day pen novels. But first the Lord led me on other expeditions.

ADVENTURES OVERSEAS AND OF THE HEART

I earned a degree in English and writing at the University of Maryland. Then, the summer after I graduated, I moved to China to study Mandarin at Nanchang University. While there, I also taught English at Jiangxi Agricultural University. 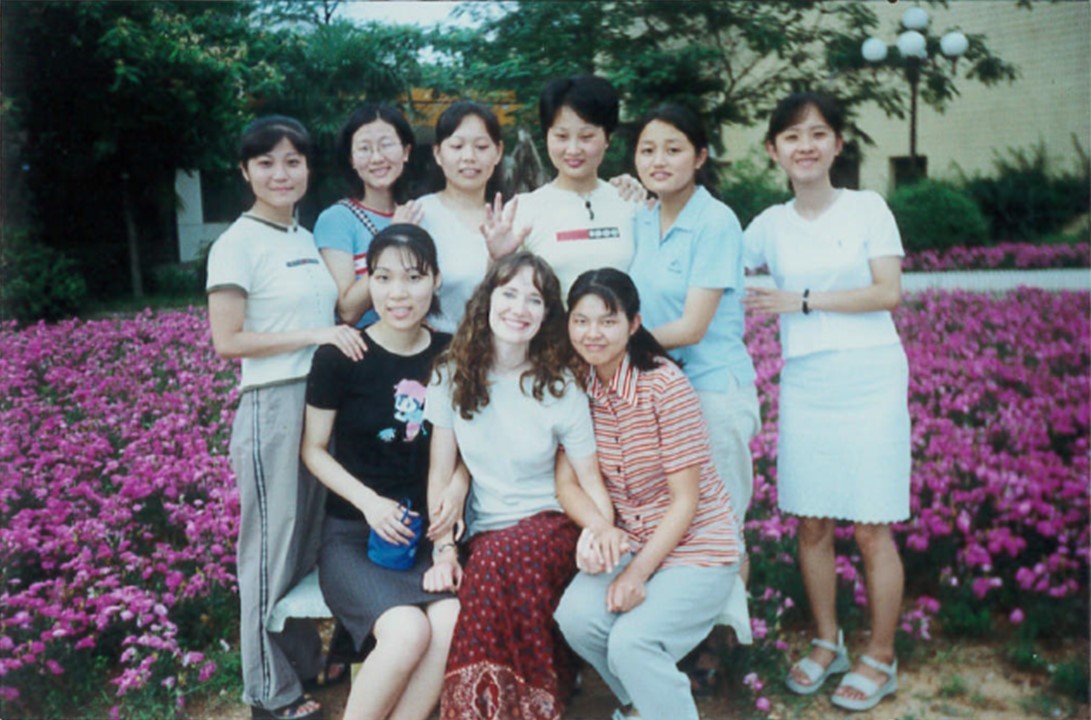 Christy in China with some of her students.

In 2001, I returned to the States to attend Southeastern Baptist Seminary. I intended to complete 32 credits, or perhaps even my Masters of Divinity, and then return to China. But God had a different blueprint for my life.

After I completed 36 credits in North Carolina, I returned home to reconnect with my family. While teaching drama and music, Christ once more called me out of my comfort zone. But this time He led me to Chicago to work and serve at a multi-site church called New Life. There I fell in love with a zany youth pastor named Mark.

FROM A STORY IDEA TO SNOW OUT OF SEASON

After we married, I considered the unique gift God had given me in my husband. How different would my life be if Mark had never been born? A story grew in my heart, one I felt compelled to share. Now was the 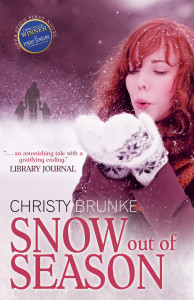 time to pursue that long-delayed dream.

Three months after my second daughter was born, I entered my manuscript in the Operation First Novel contest. In January 2015, Jerry Jenkins announced my story was a winner!

That October, bestselling authors endorsed Snow Out of Season. Sandra Byrd said, “The story caught me with characters so real I feel I might see them on the street, and it held me with breathtakingly clever storytelling.”

In November, the Library Journal gave it a starred review, calling it “…an astonishing tale with a gratifying ending…completely engrossing.” They also named it the Christian Fiction Debut of the Month.

But even as a long-held dream was coming true, one of my greatest fears was being realized.

Our Journey with Lyme Disease

What’s your greatest fear? When we moved to Maryland in 2015, one of mine was that my husband, daughters, or I would get Lyme disease. We had traded Chicago’s cold, crime, and bad traffic for an enemy the size of a sesame seed. How could we fight a foe we could barely see? 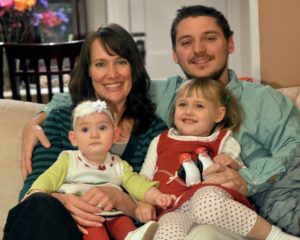 Christy Brunke with her family. Photo by Stephanie Kuecker.

Borrelia burgdorferi, the bacteria that causes Lyme disease, is spread through infected blacklegged ticks. Also known as deer ticks, these bloodsucking arachnids are far smaller than other ticks.

But the damage they cause can destroy your life. Untreated borreliosis can lead to arthritis, neurological problems, and even heart failure. Brain fog, joint pain, and severe fatigue have caused many Lyme sufferers to go on disability. Others have died.

In contrast, the CDC says, “People treated with appropriate antibiotics in the early stages . . . usually recover rapidly and completely.” This underscores the importance of discovering Borrelia burgdorferi as soon as possible. Better yet, let’s prevent ourselves and our loved ones from ever getting it in the first place.

In the U.S. alone, the CDC estimates 300,000 people are diagnosed with Lyme disease each year. Unfortunately my dad, older daughter, and I are three of them. 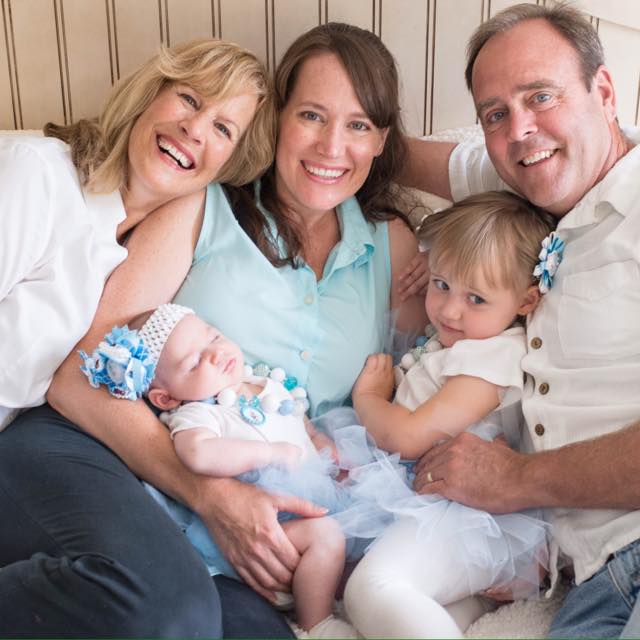 Christy Brunke with her daughters and parents. Photo by Ben Stafford.

The new book I’m blogging at OurLymeJourney.com weaves our story with vital facts about this tick-borne illness. Journey with us as we illuminate a path toward prevention, early diagnosis, and effective treatment. 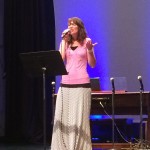 Mark now serves as the Pastor of Youth and Young Adults at Greenridge Baptist Church. Meanwhile, I’m blessed to homeschool our daughters, serve in the music ministry, and help lead the young adult ministry.

When I’m not at church or with my family, you can often find me blogging, writing articles, or dreaming up my next story. Connect with me on Facebook, Instagram, and Pinterest!

Want to read more? Check out some of my most popular blogs in several categories!

Church on the Hill Champions the Unborn
Planned Parenthood to Pro-life Spokesperson
Gabriel Network 5K: Running for Their Lives