Today, I’m taking a break from my typical blogs to address a topic that will impact our country for the next four years and, in reality, the next quarter of a century.

In addition to other spheres of influence, our next president will choose a Supreme Court justice. Will he or she choose one who upholds our constitution and supports life and liberty?

Here are my top ten reasons to vote for the man the National Review describes as “a great Reaganite hope.” You might prioritize them differently or add other reasons to the list. If so, comment at the end!

#10: He’s the Only Republican Who Can Beat Trump

Right now, it seems only two candidates have a path to the Republican nomination: Ted Cruz and Donald Trump.

I admire Trump’s frankness, business acumen, and desire to “make America great again,” but his bullying speech, lack of political experience, and vacillating opinions on important issues, not to mention his plan to attack the wives and children of terrorists, make him my least favorite Republican candidate. 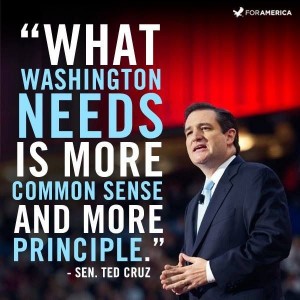 Though Kasich and Rubio each have their strengths, as former Republican nominee Carly Fiorina said, “The only guy who can beat Donald Trump, who has beaten Donald Trump, is Ted Cruz.”

Cruz himself told reporters, “A vote for John Kasich, a vote for Marco Rubio, is effectively a vote for Donald Trump.”

However, I listed this as reason #10, because I’ve been rooting for Cruz since the first 2016 presidential debate I watched. That was in August 2015, long before Trump became the Republican forerunner.

#9: He Stands With Israel

As Rabbi Shmuley Boteach said, “Ted Cruz is a phenomenal friend of Israel and exhibits unique courage in constantly standing in Israel’s defense.”

Cruz has served in the Department of Justice, as the domestic policy adviser to former president George W. Bush. He’s also served as the director of the Office of Policy Planning at the Federal Trade Commission.

He was the Solicitor General of Texas from 2003 to 2008, arguing nine cases before the Supreme Court and winning five. He currently represents Texas in the U.S. senate and chairs two Senate subcommittees. 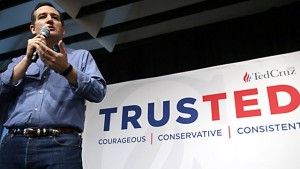 Unlike many other politicians, Cruz’s record shows he follows through on his promises.

David McIntosh, the president of Club for Growth and a former US. Representative for Indiana said, “One of the differences about Ted is he’s one of those politicians when he says he’s going to do something, he does it.” 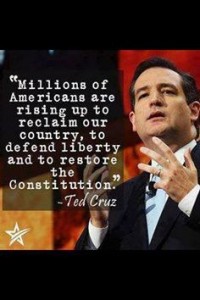 Cruz worked two jobs to put himself through Princeton, where he earned a bachelor of arts in public policy. While there, he competed in national debating championships and was named the U.S. National Speaker of the Year.

“He had brilliant insights,” Dershowitz went on to say. Cruz’s “career has not surprised me. I thought he would go on to accomplish important things.”

In addition to honoring our veterans, Cruz has detailed plans to defeat ISIS, protect our homeland, and rebuild our military.

Are you out-of-work, hoping for higher wages, or just looking for a brighter future for your kids or grandkids?

The Tax Foundation says Cruz’s tax plan will, “improve incentives to work and invest, which would increase gross domestic product (GDP) by 13.9 percent over the long term. This increase in GDP would translate into 12.2 percent higher wages and 4.8 million new full-time equivalent jobs.”

I don’t know about you, but five million new jobs sounds good to me!

#2: He’ll Fight For Our Freedoms

Growing up hearing his family’s stories about life in Cuba under Castro, Cruz decided as a child to be a freedom fighter. “It’s a tremendous blessing to be a child of an immigrant who fled oppression because it makes you understand just how fragile liberty is.”

As an adult, Cruz has passionately defended the Constitution and our religious liberties. 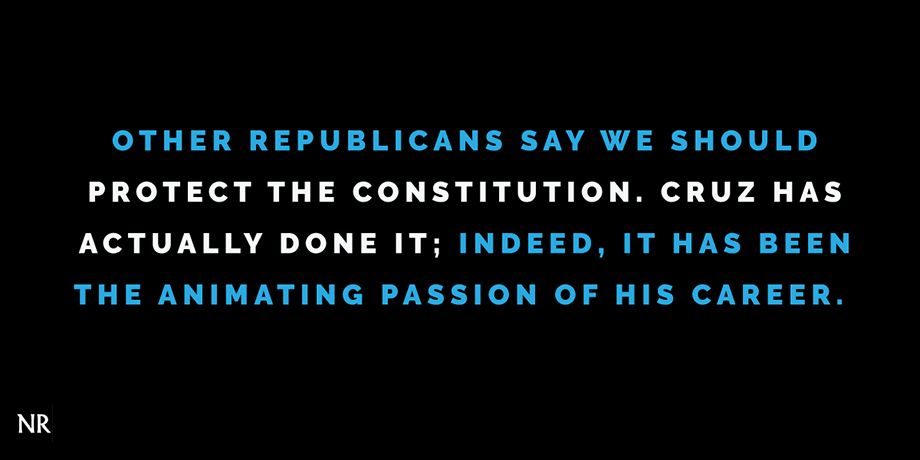 “It takes someone of true principles and convictions like . . . Ted Cruz to stick to their guns,” said former Republican nominee Carly Fiorina. “Ted has been fighting these fights—whether it’s for religious liberty or our individual right to keep and bear arms or American sovereignty. And he has won.”

I want a candidate who will balance our budget, fight for our religious liberties, and protect and represent America with strength, wisdom, and dignity. But more dear to my heart than any of those things are the millions of unborn babies whose lives hang in the balance.

But Cruz doesn’t just give lip service to life. His record proves he’ll fight for it. Among other things, he’s advocated to investigate abortion practices. He’s also successfully defended New Hampshire’s parental notification law and a federal law to ban partial birth abortions as well as Texas’s Rider 8, which prevents tax dollars from going toward abortions.

In addition to other ways our next president will impact the sanctity of human life, he or she will choose a Supreme Court justice. Will our next commander-in-chief appoint a justice who supports a culture of life?

Find out more about this presidential nominee and the policies he supports at TedCruz.org.

Finally, not to be unequally yoked, Ted’s wife is pretty incredible too. Read her story here!

David Weigel, “Cruz: A vote for Kasich or Rubio ‘is effectively a vote for Donald Trump’,” The Washington Post, (2016): https://www.washingtonpost.com/news/post-politics/wp/2016/03/08/cruz-a-vote-for-kasich-or-rubio-is-effectively-a-vote-for-donald-trump/

2 thoughts on “Ten Reasons to Vote for Ted Cruz”