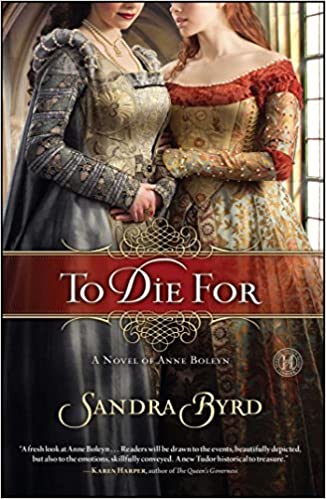 To Die For: A Novel of Anne Boleyn

What would it be like to be friends with someone famous, wealthy, or powerful? What about a controversial, and later condemned, queen?

From 2012 until 2013, I had the privilege to be mentored by bestselling author Sandra Byrd. During that time, I fell in love with her fiction, especially her award-winning Ladies in Waiting series.

Set in the 1500s, each book sweeps us into the saga of the Tudor family from the perspective of an influential queen and her closest lady in waiting. The trilogy begins with To Die For: A Novel of Anne Boleyn.

The second wife of the infamous King Henry VIII, Anne became the most powerful woman in England, but ultimately lost her head (tweet that!) from the fickleness of her husband’s affections.

As Anne tells her lady in waiting, Meg Wyatt, “He hath ever been constant in his career of advancing me; from private gentlewoman he made me marquess, from marquess a queen, and now that he hath left no higher degree of honor he gives my innocence the crown of martyrdom” (p. 315).

While her best friend rises and falls in the king’s favor, Meg finds herself caught between her service to Anne, her love for a priest, and the pressures of her family. Will she have to sacrifice not only her dreams but her life to be faithful to her calling?

A 2012 Christy Award finalist and a 2011 Library Journal Best Books Pick, To Die For is, quite simply put, to die for. I rarely read a paperback more than once, but this captivating period piece proved worthy of a second and even a third reading. 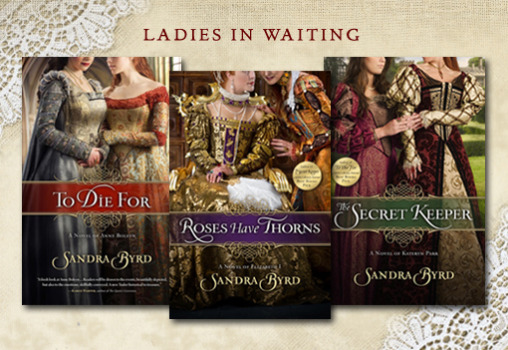 With rich historical detail, an engrossing story line, and a brave, loyal, and self-sacrificing—yet very human—heroine, this story transports you to the time of the Tudors and inspires you to live a life worthy of your calling, whatever that might be.

I recommend this book to women of all ages, especially those who enjoy romance, history, or inspirational fiction.

Read my review of the sequel here!