Love cozy mysteries and romantic suspense? Check out these new releases! (Tweet that!) 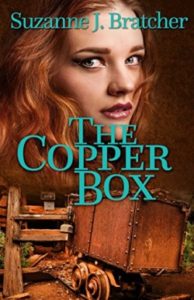 The Copper Box by Suzanne Bratcher — When antiques expert Marty Greenlaw comes to Jerome, Arizona to search for a copper box she believes will unlock the secrets of her past, deadly accidents begin to happen: someone else wants the copper box, someone willing to kill for it. (Mantle Rock Publishing)

A Tempting Taste of Mystery 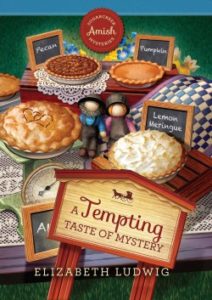 by Elizabeth Ludwig — Judging a pie contest leads Cheryl Cooper and friends into mayhem and mystery after someone begins methodically sabotaging the entries. (Guideposts Publications) 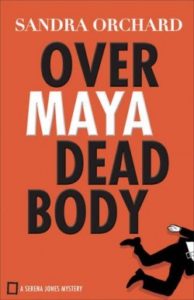 Over Maya Dead Body by Sandra Orchard — FBI Special Agent Serena Jones arrives on Martha’s Vineyard with her family, ready for a little bit of R&R and a whole lot of reminiscing as they celebrate the engagement of an old family friend. But crime doesn’t take a vacation, and she’s soon entangled in an investigation of a suspicious death tied to an antiquities smuggling ring.When her investigation propels her into danger, Serena must stay the course and solve this case before anyone else dies. But just how is she supposed to do that when the two men in her life arrive on the scene, bringing with them plenty of romantic complications–and even a secret or two? (Revell [Baker]) 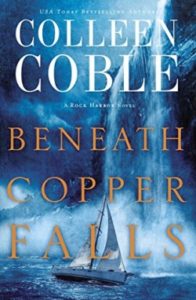 Beneath Copper Falls by Colleen Coble — As a 911 dispatcher, Dana Newell takes pride in being calm in tough circumstances. In addition to her emotionally-charged career, she’s faced enough emergencies in her own life. She recently escaped her abusive fiancé to move to tranquil Rock Harbor where she hopes life will be more peaceful. But the idyllic town hides more danger and secrets than it first appeared. Dana is continually drawn to her new friend Boone, who has scars inside and out. Then she answers a call at her job only to hear a friend’s desperate screams on the other end. Soon the pain in her past collides with the mysteries of her new home—and threatens to keep her from the future she’s always wanted. (HarperCollins Christian Publishing [Thomas Nelson and Zondervan]) 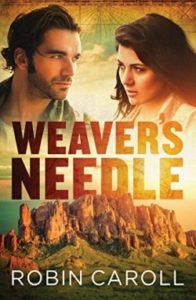 by Robin Caroll — Pitted against each other to recover a map to the Lost Dutchman’s Gold Mine, two recovery specialists follow the trail to Arizona. But someone doesn’t want them to find the map . . . or the mine. They must work together despite their mistrust and growing attraction, to save themselves. (Barbour Publishing) 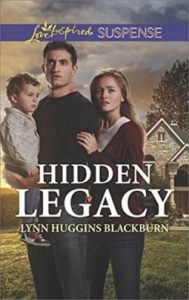 by Lynn Huggins Blackburn — When someone threatens the baby she’s adopting, Caroline Harrison must rely on Detective Jason Drake, the man who once broke her heart, to figure out why. If Jason wants a chance at a future with Caroline and her son, he’ll first have to help them outrun a hit man. (Love Inspired [Harlequin])