Has our womanhood been stolen?

Today on my blog, I have the privilege to interview Destiny Herndon-De La Rosa. The founder and president of New Wave Feminists, Destiny is pro-woman, pro-education, and pro-life. 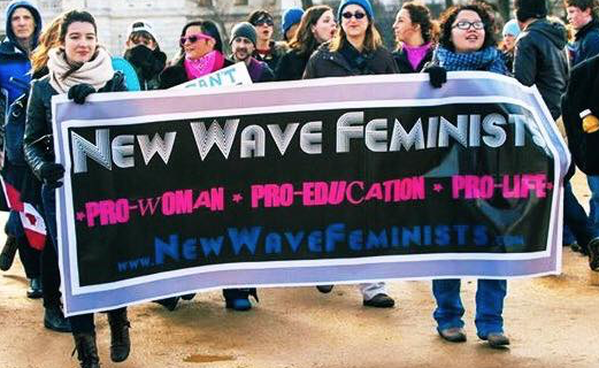 “Our womanhood has been stolen for a handful of birth control pills [Tweet that!], the ‘privilege’ to degrade ourselves in Playboy, and the ‘right’ to abort our children. We are here to take feminism back from those who have corrupted it. We are the new wave.”

Destiny, I love your perspective on our culture today. What led you to start New Wave Feminists?

This led to an unplanned pregnancy at 16. I chose to keep my son, but so many of my peers felt pressured to abort. 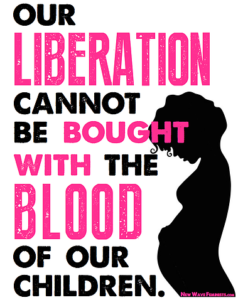 Seeing firsthand what a vicious cycle dehumanizing others creates, I knew I had to do something to change it. Whether it was women or their children being treated like objects, I knew I could no longer stand by silently as this oppression was handed down in the name of “feminism.”

What sets your organization apart?

New Wave Feminists landed on the cover of The New York Times. Can you share the story behind that? 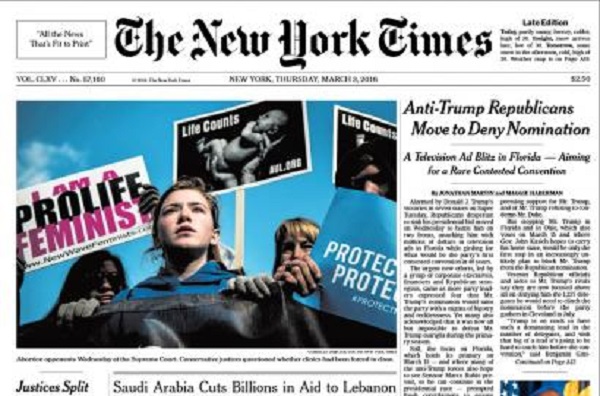 We are a secular group, but I have to admit there was some sort of divine intervention going on with that. A friend just happened to have a few of our “I AM A PROLIFE FEMINIST” signs left over from the March for Life in DC, so she took them with her out to the Supreme Court.

Within a month of that sign making the cover of The New York Times, Hillary Clinton was on The View saying “absolutely you can be a pro-life feminist.” The tides are turning. 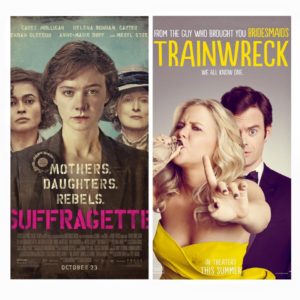 In your latest post on NewWaveFeminists.blogspot.com, you compared the movies Trainwreck and Suffragette:

“The feminism depicted in Suffragette . . . focuses on what women are capable of accomplishing, despite their gender. While Schumer’s brand of feminism is all about what women can get away with, BECAUSE of their gender. . . .”

Well said. Can you elaborate on that?

Sadly, a lot of feminism today is about victimization.

Kristen Hatten, who runs NWF with me always points out how in one generation we’ve gone from “sticks and stones may break my bones but words can never hurt me,” to “stop microaggressing against me with your words and give me a safe space.”

The Schumer brand of “fauxminism,” as we like to call it, is all about being “equal to men” when really she just means being equally as awful as the most terrible guys.

We believe women are strong and awesome and that males should be expected to rise up to that level. That’s the type of equality I want to see. Also as a mother of two girls and two boys myself, I want a feminism that includes everyone working toward a better future for all genders. 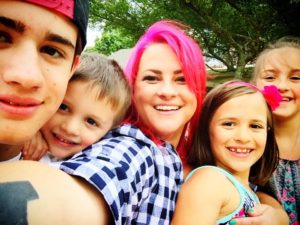 Destiny with her sons and daughters.

With so many unborn lives at stake, what’s our next step in the pro-life movement?

We must make abortion unthinkable and unnecessary. And I know many people will say, “It already is unnecessary!” But I can tell you that’s not how it feels to the woman facing an unplanned pregnancy. She cannot see the light at the end of the tunnel, because she’s blinded by fear and panic.

So many of these women have been told that if they ever get pregnant they’ll be abandoned, or kicked out of the house, or unable to provide for their other children.

It feels very much like a necessary evil to them, which is why we MUST assist with those necessities, so they can see clearly again what they already know… that ending the life of any human being is just “an evil.” Not a necessary one.

Destiny will be speaking on Tuesday, October 18 at the Rockville Pregnancy Clinic’s Banquet. Join us at the Hyatt Regency in Bethesda, MD for a chance to win a free copy of my prolife novel, Snow out of Season!  Register today at RockvillePregancyClinic.org!

2 thoughts on “New Wave Feminists: An Interview with the Founder”