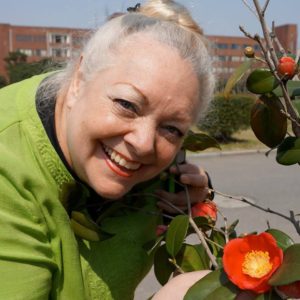 I was in my second year serving in the East, starving for a taste of home, when Connie Gibson moved to Nanchang. She brought me warm hugs, contagious laughter, and homemade chicken noodle soup. But Connie wasn’t like many fresh-out-of-college English Language Institute recruits.

When she arrived in Asia, Connie was a 53-year-old grandma who had just given up a successful career and a stunning home in California. She’d brokered mortgage loans and taught real estate finance in the States. Known as “Mom Two,” she’d opened her home every Sunday for over a decade to anyone who wanted a meal or a family.

“There were only two rules,” Connie said, “a hug coming in and a hug going out.”

In February 2000, Connie flew to Arizona to visit one of her heart-adopted sons who’s a pastor. While reading Christianity Today, he noticed an advertisement that ended with “Leave a Legacy–China!” Connie had long forgotten her childhood dream to go to the Orient, but by the time she finished reading the ad, God had called her there.

She immediately phoned the English Language Institute and asked them to send her an application. She wanted to become one of the teachers they send to Asia, Africa, and the Middle East. 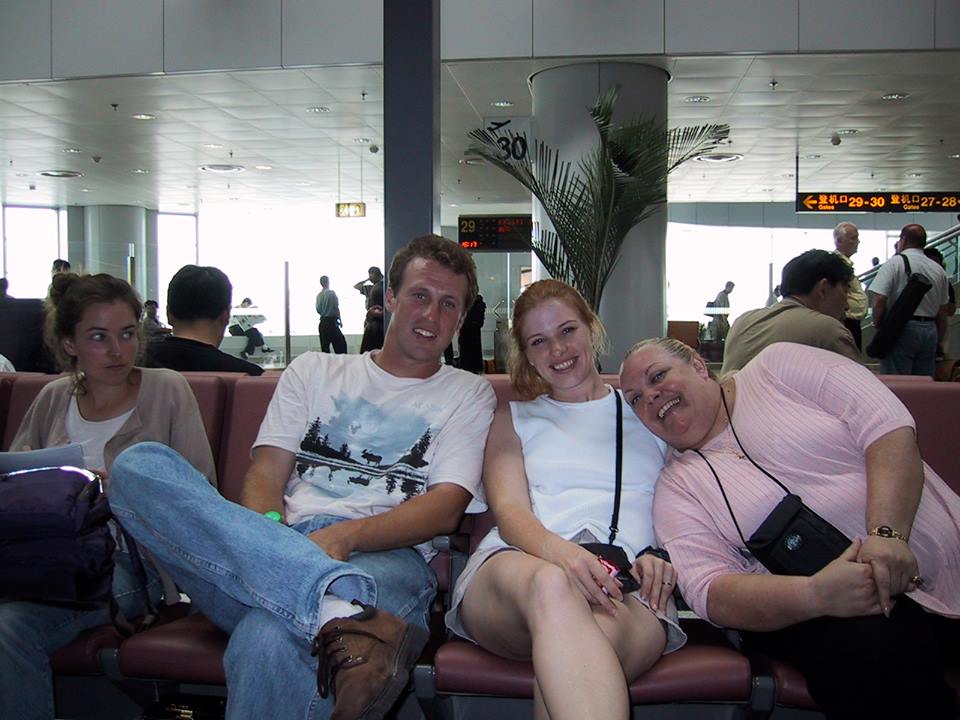 Connie Gibson with part of her ELIC team: Julie, Jason, and Jenny.

Since her sons were grown and her husband had left her years before for another woman, she was free to go. Her only request? Place her in China, but not in a hot region, because the hates the heat.

Six months later, Connie turned her business clients over to a trusted friend and moved to Nanchang. Ovenlike in the summers, her new home city was dubbed one of the mainland’s Four Furnaces. Connie accepted this with her usual good-humored wisecracks. Despite the weather, her heavenly Husband had led her to Nanchang, and Nanchang was where she would remain.

But the weather wasn’t the only surprise awaiting Connie. Chinese nationals rarely hug, even close family members, but Connie sees everyone as a son or a daughter to embrace with God’s love. She soon became known as “Connie Mom” to her students, colleagues, and even the school administrators.

Her student Hope said, “From her, I learned what it is to give and how warm a hug could be.” (Tweet that!)

Those of us from the States who were teaching and studying in Jiangxi also melted into those hugs. No matter what had happened that day or week, we knew we’d be met at Connie Mom’s door with a bright smile and a big embrace. 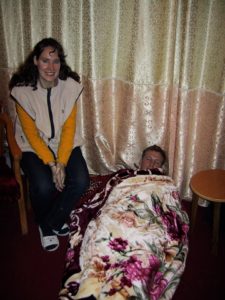 Me and Jason Hamilton (an ELIC teacher) at Connie’s house one Sunday.

Though we often ate out in small restaurants, sweat moistening our arms and faces, Sundays were spent at Connie Mom’s. In her air-conditioned apartment, we foreigners prayed, worshipped, and shared an American meal together. Soup was usually on the menu.

Connie counseled and encouraged us, her delight in us gleaming in her eyes. But God hadn’t led her east just to impact some Westerners. Connie would soon change the face of English-learning in the People’s Republic of China. (Tweet that!)