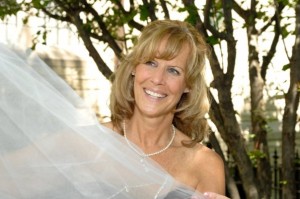 My mom on my wedding day. Photo credit: Bob Schueler

What’s our greatest hope for our sons and daughters? Is it to see them grow up to be happy, healthy, and wealthy, living close to us in a house with a white picket fence? Or can we imagine a higher purpose for their lives?

For as long as I can remember, my mom has had a magnet on her fridge that reads, “I have no greater joy than to hear that my children are walking in the truth” (3 John 1:4, ESV). But time would test that declaration.

Halfway Around the World to Halfway Across the Country

After my sophomore year of college, I spent a month in China and returned to tell Mom I was thinking of moving there. Though extended family members feared for my safety and tried to convince me to stay in the good ol’ USA, she encouraged me to go wherever God led, even if that was to the other side of the planet. 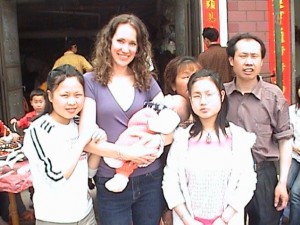 After serving overseas for two years and then spending another year studying at a seminary in North Carolina, I returned to Maryland to reconnect with my family and teach drama and music.

While there, a friend who pastored a church near Chicago dropped by. Mom had raved about the multi-site community church where he ministered ever since she’d attended his wedding.

But when she suggested I visit one weekend, Pastor John said they needed help in their office and with their youth ministry. Would I consider working and volunteering there for six months?

After two weekend trips to the Windy City, I sensed my Shepherd calling me away from home once more to be a part of this dynamic ministry. And, once again, Mom encouraged me to go.

During that time, I met and married my wonderful husband, Mark. A year after we said, “I do,” he graduated from Moody Bible Institute and applied for pastoral positions in Illinois and Maryland. The Lord led us to a Chinese church in Oak Park, so we served in Chicagoland for another six years.

By 2015, almost a dozen years had passed since I’d moved to the Midwest, and I now had little ones of my own. Mom continued to support us, but she longed to have her only daughter and grandchildren living nearby.

Last year, our Savior called us back to Maryland. 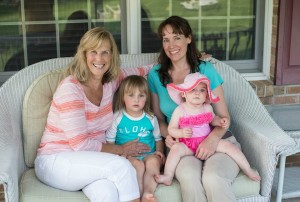 Mark became the youth and young adult pastor at Greenridge Baptist Church in Montgomery County, and Mom was overjoyed. (Read the story in “Open Doors” and “Somewhere That’s Green.” )

Now Mom supports us another way: she babysits her grandkids while Mark and I minister at youth and young adult events and retreats.

Following Mom’s example, I aspire to give my children back to God. (Tweet that!) Then I can watch them impact eternity, whether that’s next door or halfway around the world.

10 thoughts on “How My Mom Gave Me Away”