Love contemporary romance that draws you closer to the Lord and your husband? Check out Seasons of Love, a collection of novellas by Andrea Boeshaar!

An Apple a Day 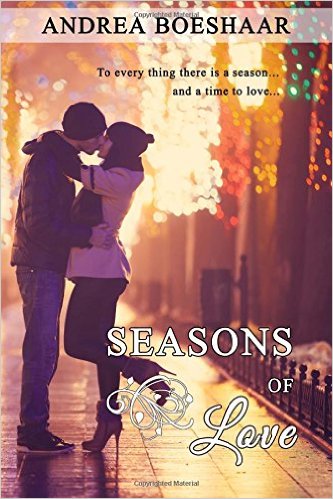 Seasons of Love begins in the heat of summer with freshly-baked apple pies and a budding romance.

Fed up with the fast pace and impersonal nature of his job, Dr. Brian Coridan decides to take a sabbatical. He spends the summer in quiet Blossom Lake, Wisconsin to pray about the future of his medical career. What he doesn’t expect is to fall in love—for the second time.

Talia Fountain doesn’t have much use for modern medicine. After all, didn’t God design natural remedies for our ailments? But she soon finds herself facing a problem herbs can’t fix. Worse, she’s attracted to a doctor with a completely different philosophy on medicine.

Will their opposing views keep them apart? Or prove to be the solution to both of their problems? 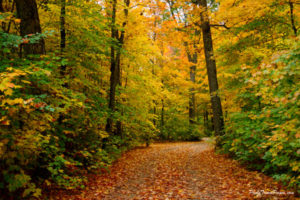 Twenty years after saying “I do,” Krissy finds herself in an empty nest with a lackluster marriage. Between housework, childrearing, and their careers, romance got put on the back-burner.

Her once hunky fireman still adores her, but he’s now overweight and out of work from a back injury. Because he spends most of his time at home, sweats are his go-to garb.

Meanwhile, at the school where Krissy teaches, the new principal is handsome and well-read. Plus, he keeps seeking out her company. Will Krissy take steps to save her marriage or give in to her ever-growing attraction to another man?

Everyone in Door County, Wisconsin thought Shari Kretlow would marry Brenan Sheppard. After all, they’d dated all through high school and into college and even gotten engaged. But then Shari eloped with another guy.

Decades later, a now widowed Shari gets caught in a blizzard on Christmas Eve. Her mom advises her to stay at Mrs. Sheppard’s bed-and-breakfast, and Shari reluctantly agrees. What she doesn’t realize is that Brenan, now a medical missionary in Brazil, is also there. 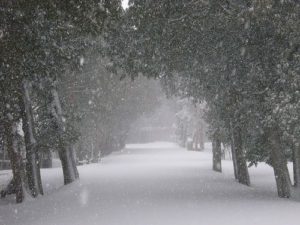 Dr. Sheppard has changed a lot from the skinny, unmotivated boy Shari dated in her teens. The strong, attractive man he’s become is confident in his skills and passionate about his calling.

Unfortunately, he’s also about to propose to another woman. His Brazilian girlfriend isn’t just stunning, she’s also a nurse  committed to his mission.

But Brenan has been sensing God’s call to another region of the world, a calling his girlfriend doesn’t share. What’s more, seeing Shari has renewed long-lost feelings. Will Brenan and Shari get a second chance at love?

In Seasons of Love, Andrea Boeshaar uses likeable characters and absorbing plots to address real problems. (Tweet that!) These three charming stories not only entertain, but impact. You’ll close the book with a stronger marriage and a renewed passion for God and His will for your life. 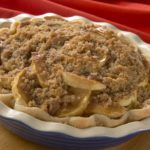 As an added bonus, she includes a recipe at the end of each novella. Savor the sweetness of new love with Marlene’s Marvelous Apple Pie.  Add some spice back into your marriage with Blaine’s 3-Alarm Chili. Rekindle your first love with Karan’s Italian Egg Bake.

I recommend this book to women who enjoy romance, Christian fiction, and contemporary fiction.

2 thoughts on “Seasons of Love by Andrea Boeshaar”