What would you sacrifice to save the life of your little one? The Declaration of Independence claims we each have the right to “Life, Liberty and the pursuit of Happiness.” Unfortunately, unborn Americans have had their right to life undermined since 1973. But what if, in the future, the state decides when a woman can give birth and when she must terminate her pregnancy? That’s what happens in The First Principle by Marissa Shrock. 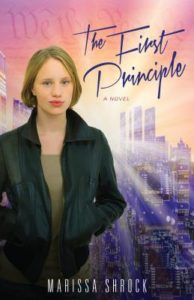 Sixteen-year-old Vivica Wilkins never imagined she’d become a rebel. After all, she leads a privileged life as the daughter of a governor in the United Regions of North America. But then Population Management drags her classmate away to force her to abort her baby.

When Vivica discovers she’s pregnant too, she’s caught between a rock and a hard place. She can submit to the law that requires underage girls and adults with two kids to end their pregnancies. Or she can flee from her home, high school, and everyone she knows to try to save the life of her first child.

The First Principle by Marissa Shrock is a fast-paced page-turner about faith, freedom, and the sanctity of life. (Tweet that!) When the state threatens all three, a spunky 16-year-old must summon all her courage to save her baby. Drawing on every resource in her growing tool kit, she battles both her own unbelief and the powers that be. 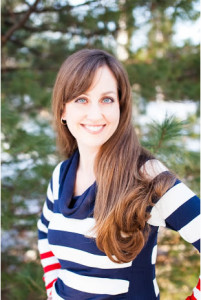 Though the target audience is teens, I found myself just as gripped by the story as a 15-year-old. (YA fiction is designed for people age 12 and up, but 40% of its readers are adults.)

Not only does the suspense keep you on the edge of your seat, it inspires you to stand in the gap for the unborn. As a 30-something mom, I ended the book wanting to snuggle my toddler and kindergartener.

I recommend this book to readers who enjoy thrillers, dystopian fiction, and novels with a strong female protagonist. I look forward to reading the next novel in Shrock’s Emancipation Warriors trilogy.