How could we leave when we knew a child was about to be killed? Tweet that! During 40 Days for Life this past March, my husband and I took some of the youth to pray outside a late-term abortion clinic. 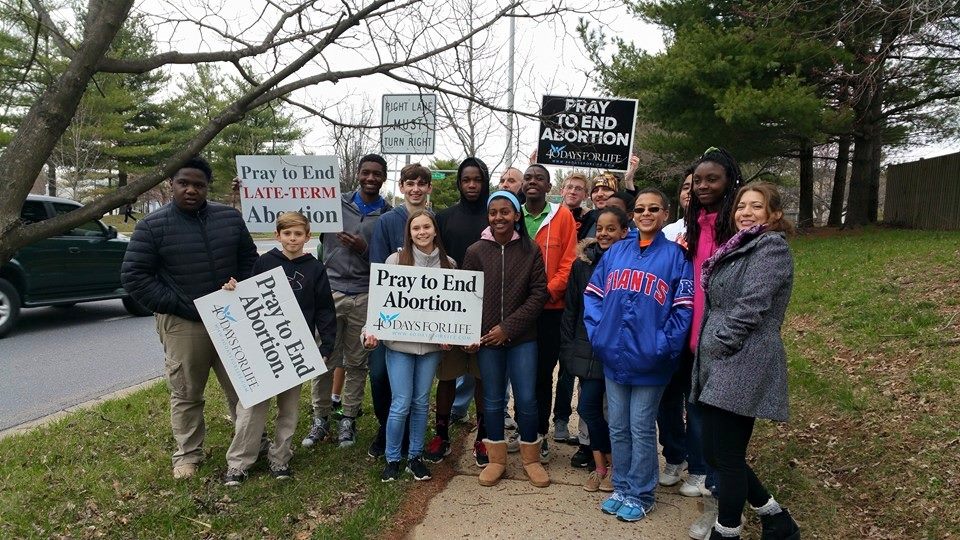 Reproductive Health Services (RHS) in Germantown, Md., isn’t your average “family planning center.” Along with clinics in California, Colorado, and New Mexico, RHS performs third trimester abortions. Even women in their ninth month can end their pregnancy if there’s a fetal or maternal indication.

But apparently a “maternal indication” can include the “stress and anxiety” of the mother. Sidewalk counselors say most of the babies being aborted are perfectly healthy.

Some do have birth defects, but does that make them unworthy of life? Would we kill an infant with Down syndrome, a cleft palate, or a heart condition? If not, what makes it okay to murder them just weeks before their due date? 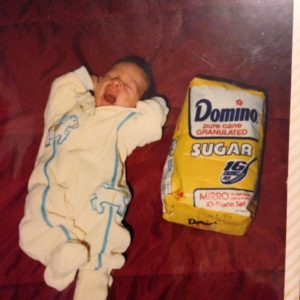 My husband, Mark, eight days after he was born at 33 weeks. Human being?

During the week, Reproductive Health Services terminates first and second trimester pregnancies. But late-term abortions always begin on the Lord’s day less than four miles from our church.

As many of us enjoy Sunday dinner, Dr. LeRoy Carhart injects Digoxin into the baby’s heart. This causes the little one to have a fatal heart attack. Carhart describes it as “painless.” Adults who’ve experienced massive heart attacks describe them as not only painful but terrifying. 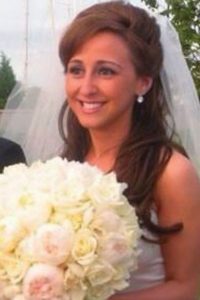 Jennifer Morbelli, a 29-year-old kindergarten teacher, died from complications after a 33-week abortion.

After stopping the baby’s beating heart, Carhart gives the woman medicine to induce labor. Within four days, she delivers a dead boy or girl in a nearby hotel. Two precious women have died from complications, not to mention all those little women.

As my husband and I left the late-term abortion clinic that chilly Sunday afternoon in March, Carhart was due to arrive. Mark later said, “It was a weird feeling standing in front of a place where I knew babies were going to be killed later that day.”

“Shouldn’t I stop him?” Mark had asked himself. “What if the baby was born today and tomorrow the woman came for the doctor to kill it? Wouldn’t it be our civil duty to save that child? How is it different today?”

The evidence points to life beginning at conception. Still, I can understand, to some degree, people who believe life begins at a somewhat later date. But how can any reasonable person deny that a 35-week-old fetus is a human being? In this age of ultrasounds, there is no excuse.

Still, my heart goes out to these mothers. I have dear friends who deeply regret their abortions. Today, many of them speak out for life, so other women and children don’t have to suffer.

We need to be a voice for the unborn too. Proverbs 31:8 says, “Open your mouth on behalf of those unable to speak, for the legal rights of all the dying” (NET Bible). 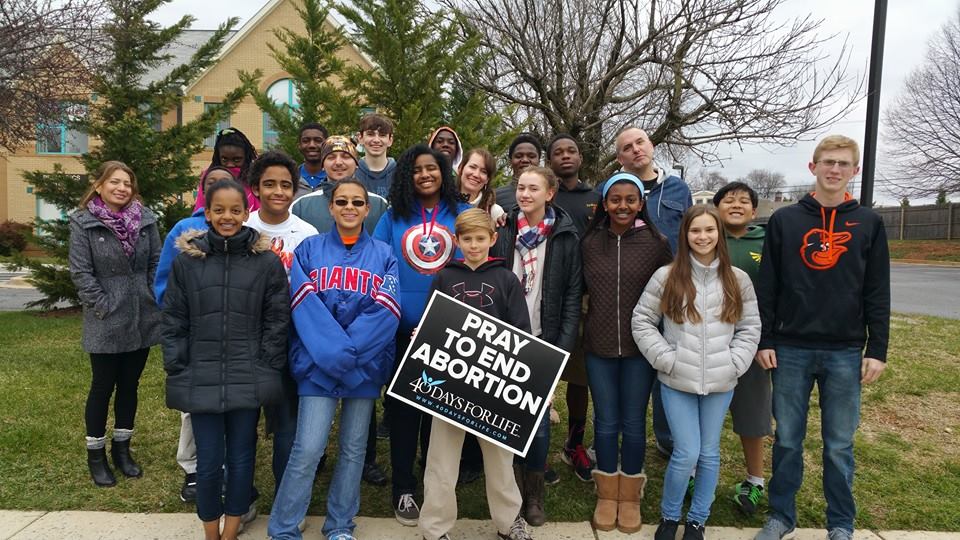 This Sunday, October 2, we’re returning to Reproductive Health Services to pray from noon to 1 p.m. Will you join us on the public sidewalk along Wisteria Drive? Sign up for your vigil hour in Germantown, Md., or the city of your choice at 40DaysForLife.com.

6 thoughts on “Four Miles from a Late-Term Abortion Clinic”