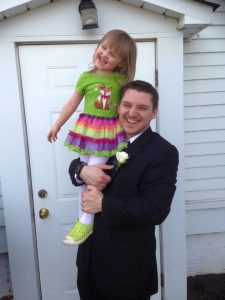 “You must be in so much pain,” the orthopedic surgeon said to my husband, Mark, after looking at his MRI.

For eight weeks, Mark had been suffering from a herniated disc in his neck. Because the disc was pressing on a nerve connected to his right arm, it led to extreme weakness in those triceps. It was so bad that our four-year-old daughter, Michaela, could beat him in arm wrestling.

Purpose, Perspective, and Perseverance through Pain

Despite everything, Mark continued to preach, serve, and love his family well. But he often had to lie down on a bed, a sofa, or even the floor, so he felt bad for “letting people down.”

“I’m sorry, Sweetie,” he had to tell Michaela, “but I can’t play Bucking Brunke Bronco. I can’t even play Chutes and Ladders with you right now, because Daddy needs to lay down.”

Two rounds of steroids led to partial relief from the pain and a return of feeling in his fingers. But the relief was temporary, and the strength in his right triceps never returned.

To prevent the weakness from becoming permanent, Mark needed to get surgery. They scheduled it for Friday, June 24. The week before, he sent an email to our church family requesting prayer.

“Our God is still good!” Mark wrote, encouraging us as he maintained his perspective through the pain. 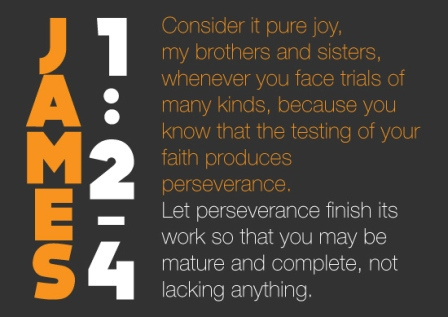 “He promises us in places like James 1:2-4 and Romans 8:28-29 that He uses trials like these for our good and His glory to grow us, mature us, and prune us to be more like Jesus….

Trials are good if we seize the opportunity to draw closer to Him!” (Tweet that!)

When Mark saw his primary care doctor, so she could clear him for surgery, his blood pressure was 190/110. The orthopedic surgeon had told him it was probably high because of the pain.

His primary care doctor said, “You’d have to be in an incredible amount of pain for your blood pressure to be that high.”

The Surgery That Saved Him

The day of the surgery, the nurse gave Mark some pills to take, including one named Celebrex. 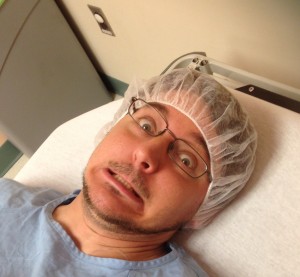 Mark right before his surgery. Always a character!

Dr. Quigley performed an Anterior Cervical Discectomy and Fusion (ACDF). In other words, he removed the herniated disc and inserted a cadaver bone and then a metal plate to hold it in place.

Afterward, Dr. Quigley said, “Mark did great! The disc was big, but he had no complications, and he lost less than a tablespoon of blood.” 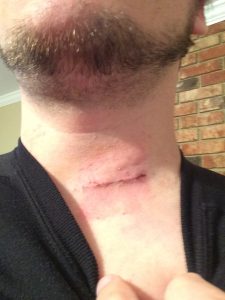 Mark was told the strength in his arm should return within three or four months. Less than two weeks later, it’s already coming back.

At his follow-up appointment this past Friday, his X-rays looked great.